WEDA is managed by economic development professionals from around the state who represent a diverse group of organizations.

Our Board of Directors is comprised of 20 members from public and private organizations from across Washington. Board nominations are sought prior to the Summer Conference and an election is conducted at the annual meeting during the Summer Conference. Board members serve for a term of three years.

Executive Committee of the Board of Directors

Alisha Benson is the Chief Executive Officer (CEO) for Greater Spokane Incorporated (GSI). Alisha has been with GSI for 12 years. During her time at GSI, she has held roles as Chief Strategy & Business Development Officer, COO, VP of Education & Workforce, Executive Director of Spokane STEM, and Membership Director.

GSI is the regional business development organization in the Spokane region whose mission is to lead transformative business and community initiatives to build a robust regional economy. As CEO, Alisha provides organization wide leadership, strategy, and management.

Benson serves on the Board of the Association of Washington Business, Washington Economic Development Association, and the Association of Chamber of Commerce Executives. She also serves on the WSU Health Spokane Advisory Council, UW Business Advisory Council, Multicare Community Partnership Fund and Spokane County United Way. She graduated with a BA from Washington State University.  She is married and a mother to 9-year-old daughter and 5-year-old son.  She loves sports, hiking, camping and anything that involves the outdoors.

Mike Bomar was appointed Director of Economic Development for the Port of Vancouver USA in May 2018. His responsibilities include leading port economic development strategic planning; implementing appropriate initiatives and projects for the port district and Clark County; providing strategic leadership on transportation planning; seeking public and private partnership opportunities to achieve cargo growth and new industrial business and developing and maintaining strategic partnerships in the community.

Mike previously served as president of the Columbia River Economic Development Council (CREDC) for more than four years. Prior to joining CREDC, Mike served as the executive director of the Southwest Washington Contractors Association for three and a half years and spent six years with the Building Industry Association of Clark County in their governmental affairs department.

Mike is a long-time Southwest Washington resident and currently resides in Ridgefield with his wife Audri and their three children. In his free time, he enjoys coaching baseball, running and hiking with his family.

Teresa Brum is the Economic Development Manager for the City of Vancouver. She has over 20 years of experience in municipal government directing departments related to community and economic development. Prior to coming to Vancouver in 2014, Teresa directed the City of Spokane’s Business and Development Services department, which was formed under her leadership to consolidate programs into the city’s first formally-recognized economic development department. 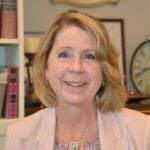 Chris joined the Department of Commerce in 2015 as assistant director for the Office of Economic Development and Competitiveness, which includes the international trade, business recruitment/retention and rural economic development units. Chris previously served for seven years as vice president for business retention and expansion at the Economic Development Board for Tacoma-Pierce County, a private, non-profit organization focused on recruiting and retaining businesses in Pierce County. While at the EDB Chris worked with hundreds of firms helping them to identify tax incentives, workforce training options, financing packages and a variety of other resources to help them grow and create jobs. Chris also served as Co-Chair of the Tacoma-Pierce Aerospace Partners, a group focused on growing and improving the local aerospace industry.

Prior to that, he worked in government relations and was on the staff of several elected officials, including former U.S. Congressman Norm Dicks, Seattle Mayor Ed Murray and U.S. Congressman Derek Kilmer. Chris earned his bachelor’s degree in political science from Pacific Lutheran University and a Master of Business Administration from the University of Washington. He and his wife Shannon live in Tacoma with their three children. 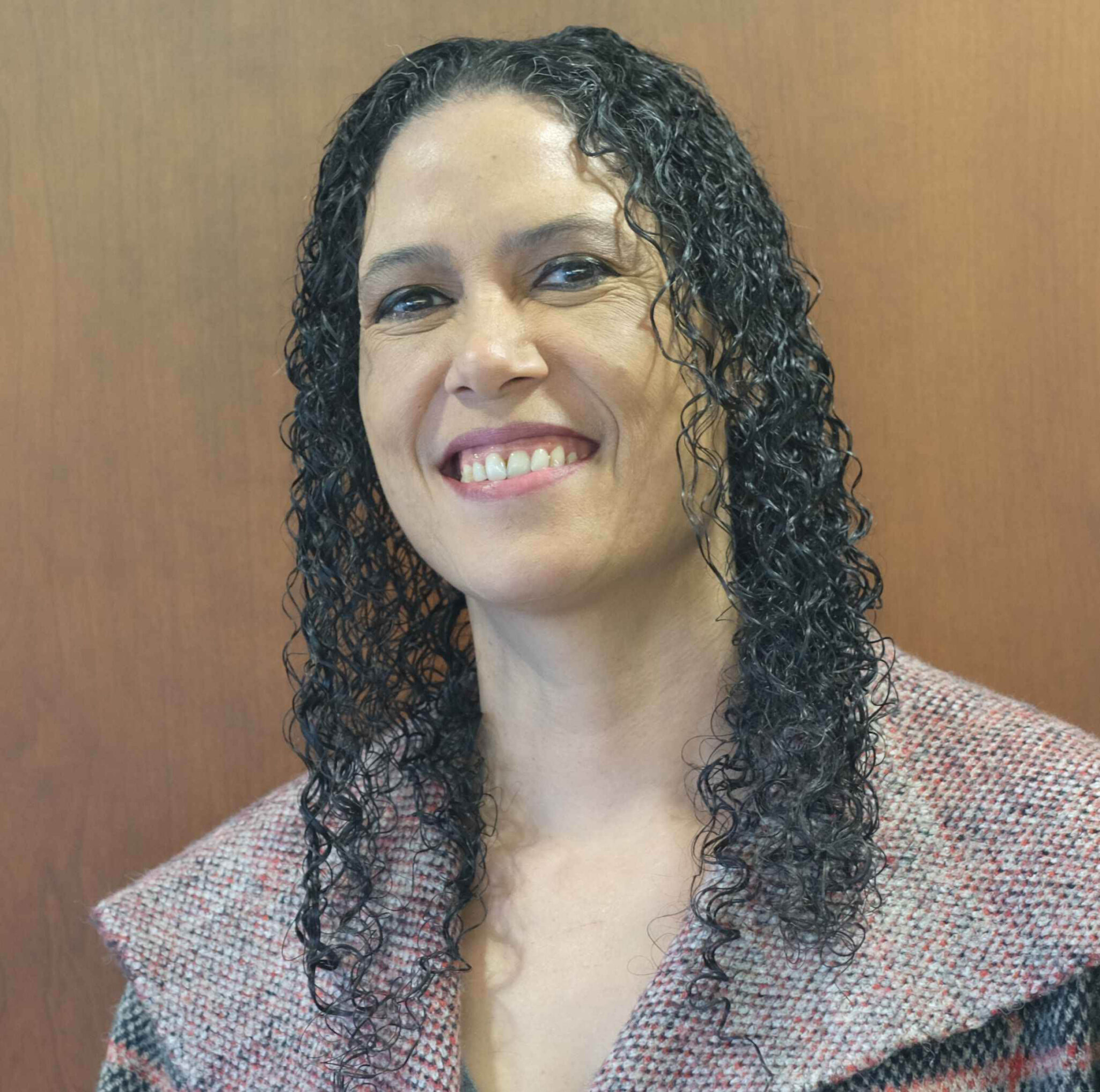 Gina spent 16 years working for Washington state government.  Prior to starting her career at the State Legislature she spent a summer working at TVW under the tutelage of former Congressman Denny Heck who helped prepare her for her many years of public service.   In the House of Representative, she started as and an Executive Assistant under James L. McIntire then worked on policy issue such as housing, infrastructure, health care, capital and operating budgets. She then served as the Director of External Affairs at the Washington State Treasurer’s Office for 8 years.  She worked on banking relations, banking policies, financial education and empowerment.  As a representative of the Treasurer, she served on the Washington State Housing Finance Commission.   Gina currently, works at the Port of Bellingham as an Economic Development Project Manager.  The economic development division is the Regional Economic Partner for all of Whatcom County and serves as the designated ADO for the Department of Commerce.  Gina works with the technology, recreation, clean energy, opportunity zones, broadband, supporting BIPOC businesses and workforce housing.   She is also the Project Manager for the Whatcom Country Rural Broadband Project whose goal is to provide affordable, quality broadband access to all of Whatcom County.  She is Board Chair for Habitat for Humanity Whatcom County, Steering Committee Chair of the Whatcom Housing Alliance, serves on the advisory committee for Technology Alliance Whatcom STEM, and the planning committee for the Racial Equity Commission.   Gina has a B.A in Political Science from Western Washington University and a Master’s Degree in public policy from the Evans School of Public Policy at the University of Washington.

Suzanne previously served as the President & CEO of the Economic Development Council of Seattle & King County, the only public-private partnership focused on expanding and diversifying the economy across King County and its 39 cities. Suzanne also served as the Economic Development Director for the City of Renton; Vice President of Government and Industry Relations for Washington Mutual; State & Federal Government Relations Manager for the King County Executive; State Lobbyist for the City of Seattle; Federal Legislative Analyst for the Governor of Washington; Associate Director of Intergovernmental Affairs at The White House and Pacific Northwest & Texas Program Director for Junior Statesmen, a civics education program for high school students.

Suzanne serves on multiple boards including The Junior Statesmen Foundation, the Community Center for Education Results/Road Map Project, the Seattle Colleges Advisory Council and the Renton Technical College Advisory Council, which she chairs, Seattle United Soccer Club and she is a Past President of the University of Washington Alumni Association board. Suzanne is also a member of the International Women’s Forum. She previously served on the boards of the Aerospace Futures Alliance, the Workforce Development Council of Seattle-King County, the Washington Technology Industry Association, the Seattle and Renton Chambers of Commerce, the regional PSRC/Economic Development District, the Community Center for Education Results/Road Map Project and CityClub of Seattle.

Suzanne received a bachelor’s degree in Sociology & Politics from Whitman College, and a Master’s in Public Administration from the Evans School at the University of Washington. A native of Seattle and K-12 graduate of Seattle Public Schools, Suzanne is an avid hiker, skier and traveler and she and her husband, Mike, are the parents of two young and active boys.

Jennifer has over 20 years of legislative and government relations experience.  She served as staff counsel to the Senate and House Transportation Committees, the Government Relations Director for the Washington State Department of Transportation, and Governor Christine Gregoire’s Transportation Policy Advisor.  She is the owner of Jennifer Ziegler Public Affairs. Current clients include HNTB Corporation, the Washington Economic Development Association, Toyota of North America, the Boys and Girls Clubs of Washington, and the Washington Roundtable.

Carey has worked for globally recognized organizations including Stanford University, The Pebble Beach Company, Stanford Law School, Lincoln Financial Advisors, the US Navy and more. Carey has organized multi-million-dollar international roadshows for thousands of attendees and crafted programming for discerning and diverse audiences. She has overseen the strategic, creative, and operational processes for events ranging in scale from two attendees to 10,000.  Most recently, Carey successfully managed the technical operations for a quick pivot from a two-day, in-person conference to a 100% virtual event.  Carey has a passion for crafting engaging and strategic programming and helping non-profits build inclusive communities.